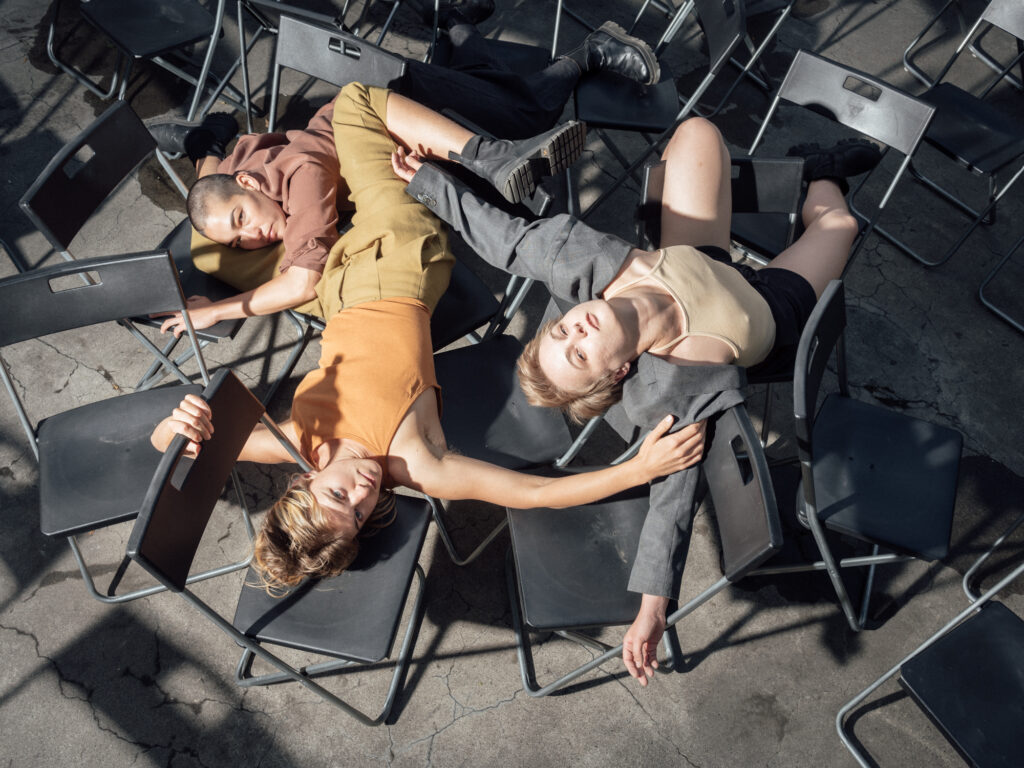 Taking earthquakes as its point of departure, after aftershock shock is a performance that combines dance and onomatopoeic language to explore different forms and scales of shaking. Shaking is a bodily state that comes over us, often involuntarily. It can arise from within our bodies, or approach us from without, invading our bodies and forcing them to submit to the movement of their environment, as in an earthquake – a force of nature that, when it happens, envelops us completely, and that affects humans, animals and objects alike.

The artistic research starts with the precarious experience of going through an earthquake:
a situation where there is no escape, nothing to hold on to, where we are subjected absolutely to nature’s power. It is also an experience that can change our perception of the environment and of our relation to it.

Throughout their collaborative process, director Jingyun Li, choreographer Saori Hala, writer So Young H. Kim, and their team use onomatopoeic language – words that mimic the sound or quality of what they name – as a tool to examine movements of shaking.

For example, the Japanese language has a large variety of descriptive words for movements, each with their own, often quite specific connotations:
yurayura – a soft and slow swaying, e.g. of plants or water, repetitive and relaxed;
gatagata – an intensive and aggressive shaking, e.g. of buildings or body parts, hard and fast.

These words can be considered crystallisations of certain experiences of shaking.
In after aftershock shock, they are dissected to expose the choreographic potential inherent in them. However, the project is not about a simple translation of these words into movement, but about how different languages can help us gain different perspectives on movement.

Japanese is just one of the languages used in after aftershock shock. Like an earthquake shakes the environment and turns it into a jumble of things, so the performance ‚shakes‘ languages and mixes them together in its performance text. The goal is to create a new kind of multilingual and multimedia performance – one not mediated by surtitles that readily translate ‚foreign‘ languages into one’s ‚own‘.

Finally, the performers come up with new words to express their own experiences of shaking, thereby transforming onomatopoeia into a new concept they call atomomo – a rewritten and recreated language in a mixture of multi-lingual syllables through which they interrogate the relation of their bodies to their environment, and how this relation changes once both begin to shake. 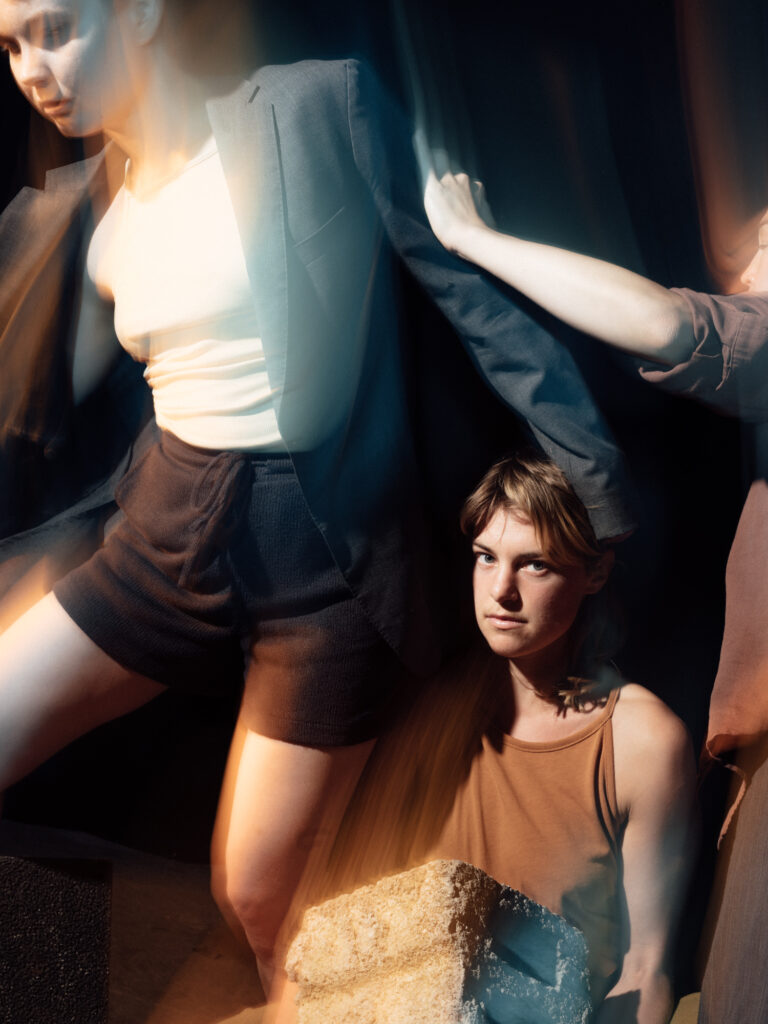 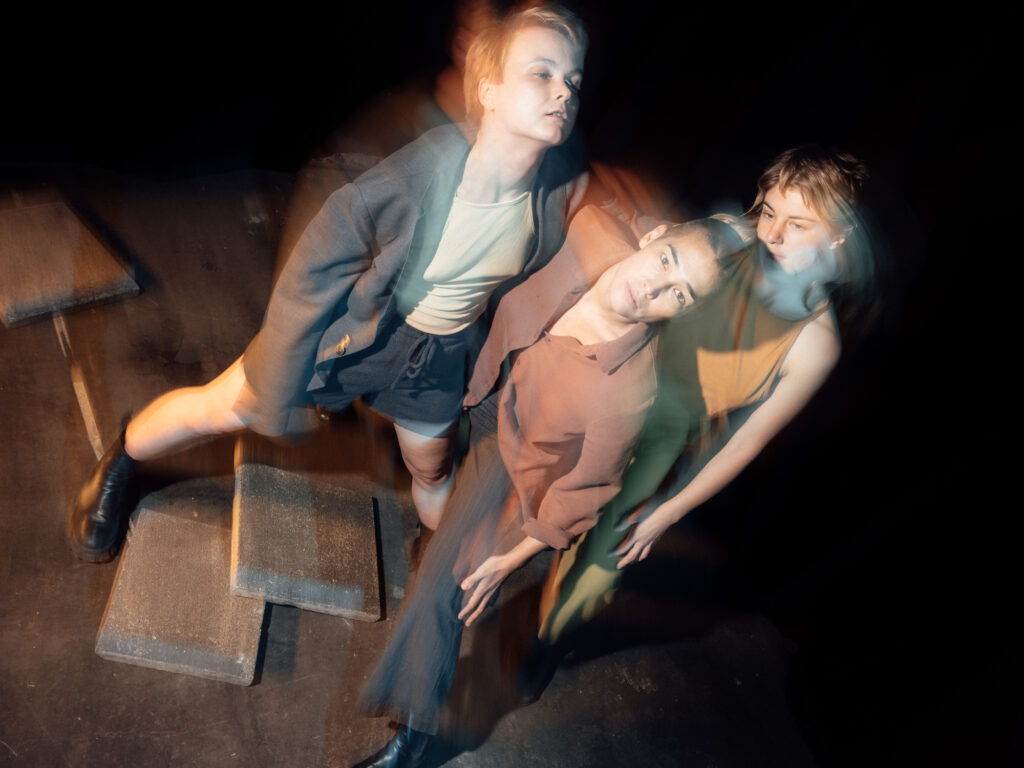 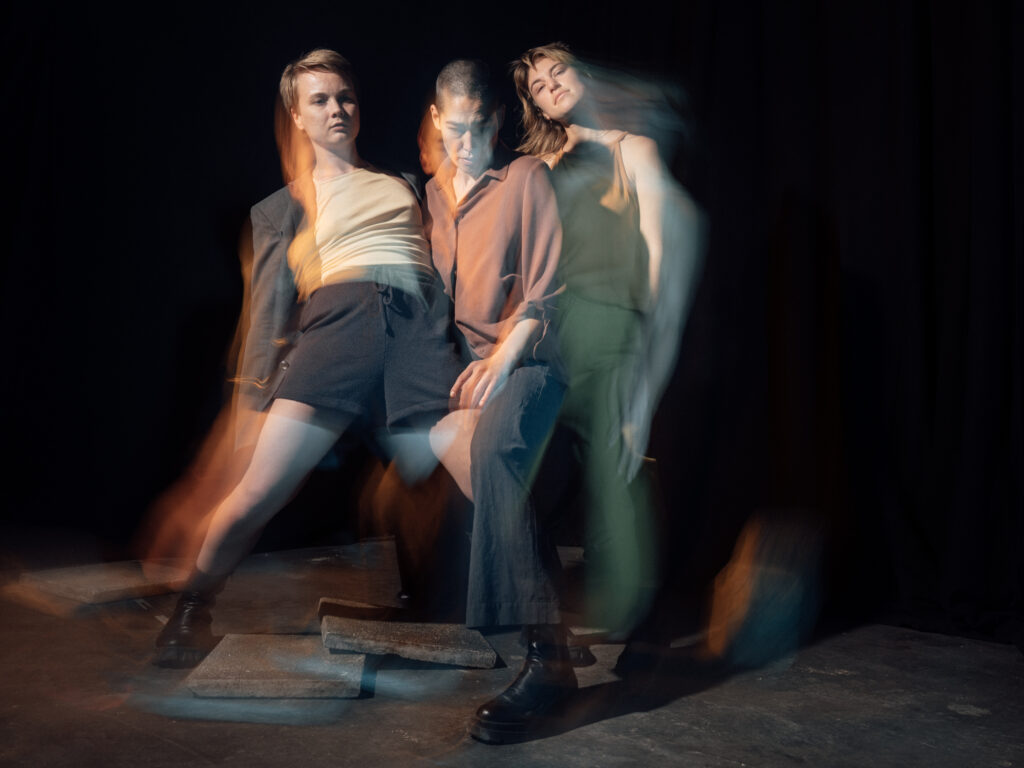 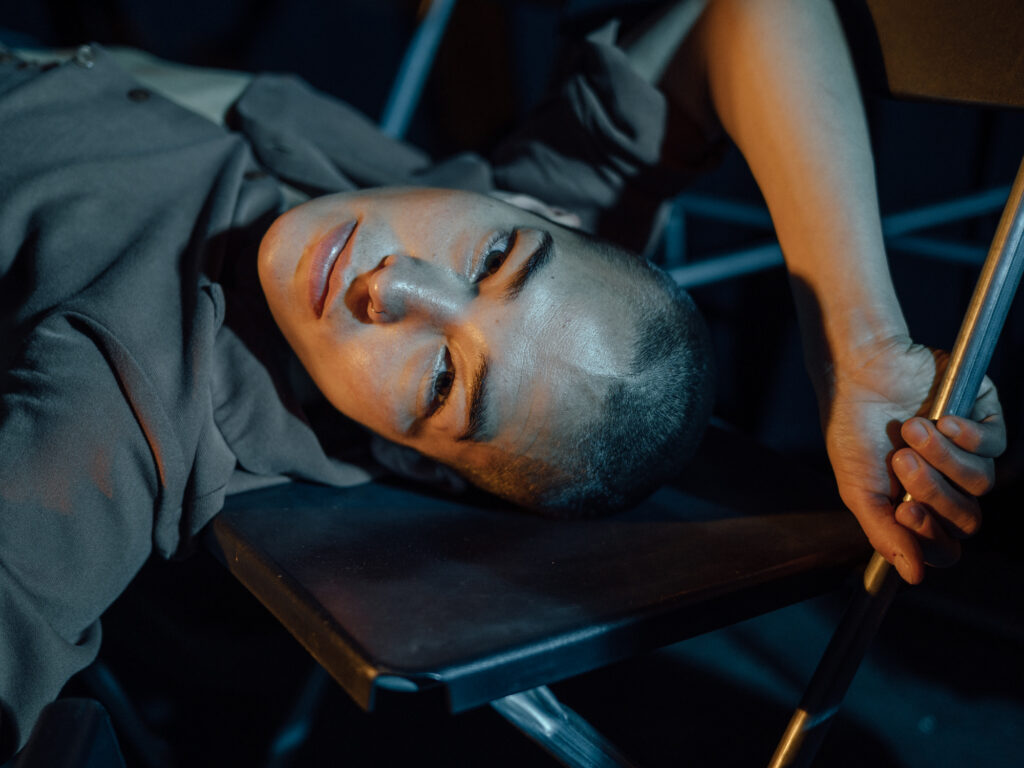 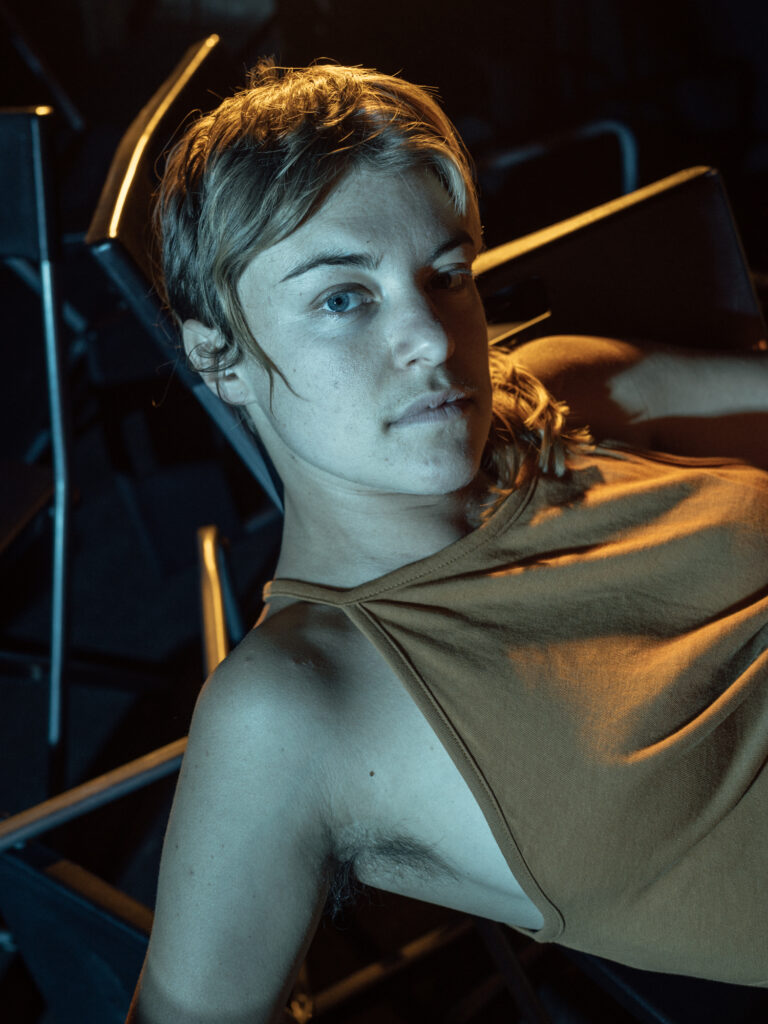 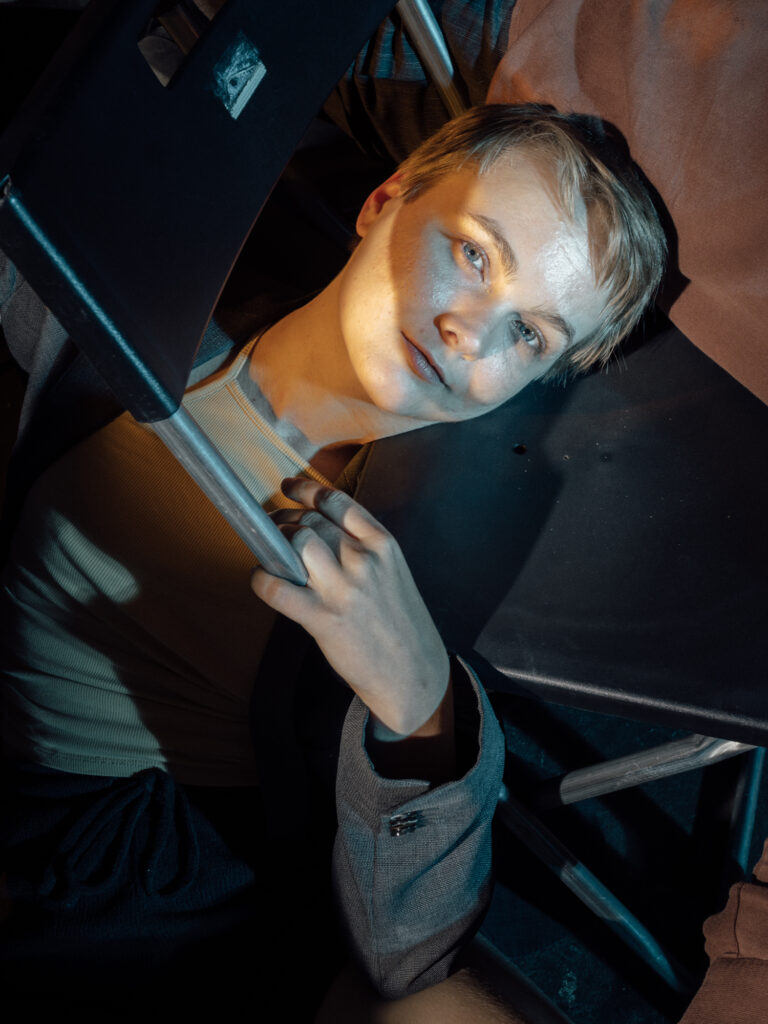 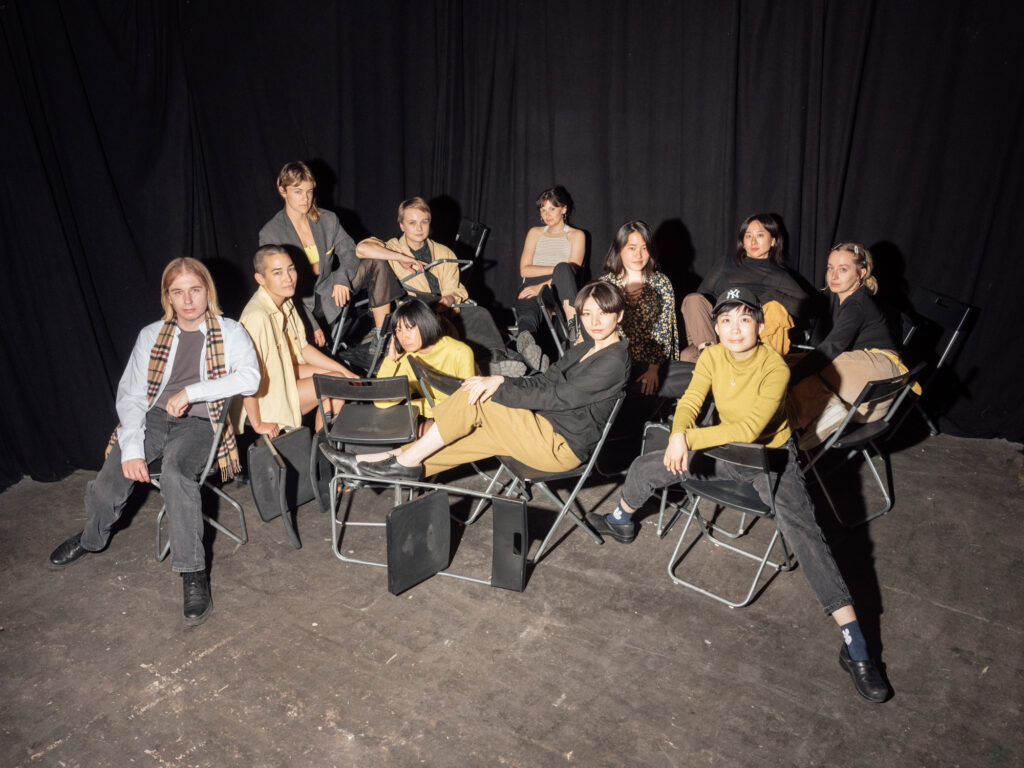