Stonekollektiv performatively questions how the soccer summer miracle of Football World Cup 2006 made German national pride acceptable again and poetically resists the repression of the Nazi past.

Anyone who was a reporter or fan at the time can still remember the great euphoria that gripped Germany when it hosted the 2006 Football World Cup for the second time since 1974. While the German flags fluttered on cars, the German men’s national soccer team only took third place, but still: the mood was unclouded. Dazzling weather, full stadiums and the triumph of public viewing in squares, streets and pubs. A summer fairy tale, almost too good to be true. A summer fairy tale that allows Germany to turn the page on the “dark chapter” of its own history and successfully integrate it into the master narrative of a unified Federal Republic identity.

›Deutschland. Ein Labermärchen‹ takes a close look at precisely this soccer summer of 2006. Starting from the collective hoisting of the German flags, the open-air performance asks about the historical caesura that made German national pride and national identification acceptable for the masses again. Talk-show-like, Kapp and Nitschke from sit together as a stonecollective and talk about their research trip through West German territory. Using the image of invincible German soccer as a framing metaphor, the two artists babble indispensably, about the German present, about current events, about the tension between a Jewish poet exiled into exile and resurgent nationalism. From a swastika bell that becomes a rhombus-shaped dragon bell to the next NSU file shredding faux pas – in babbling, the stonekollektiv performs a red line for Germany’s past again and again and thus resists the repression of the Nazi past in a fabulously inventive way. 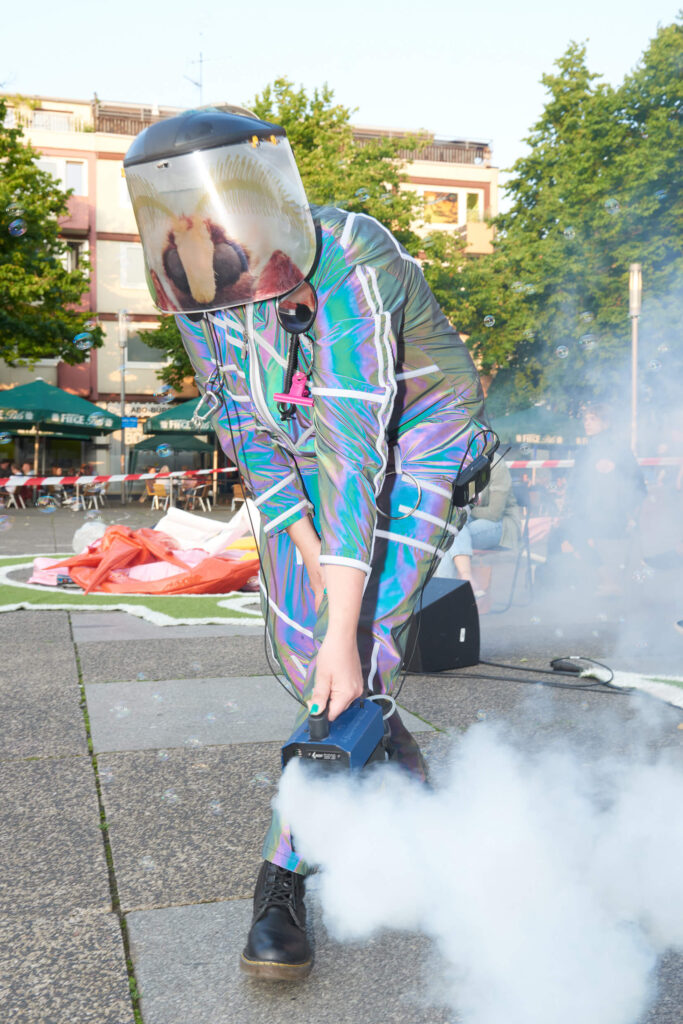 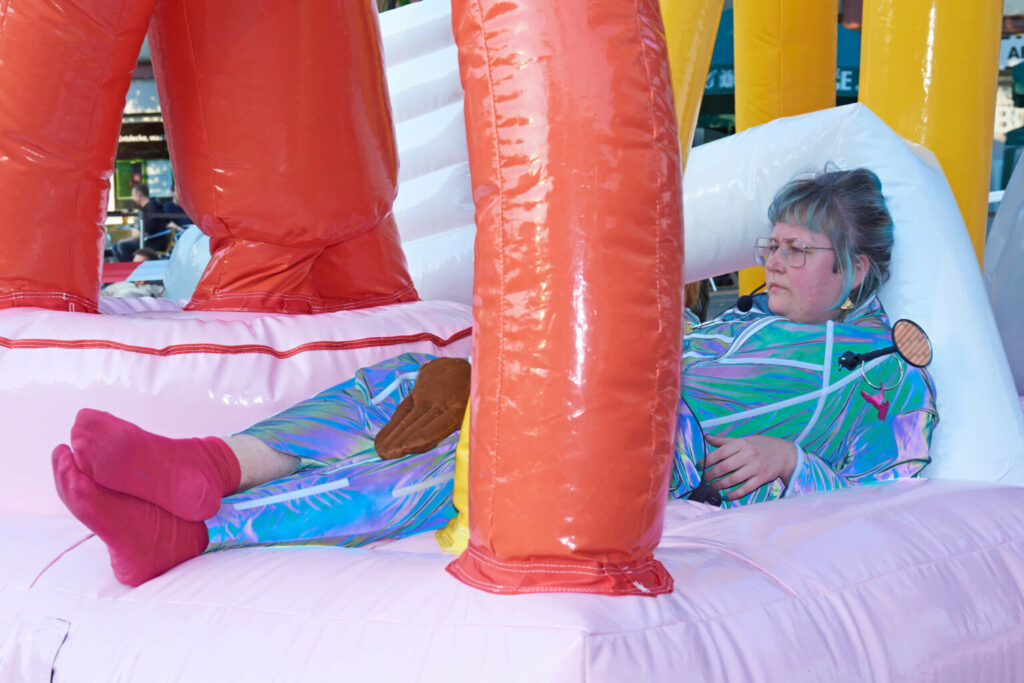 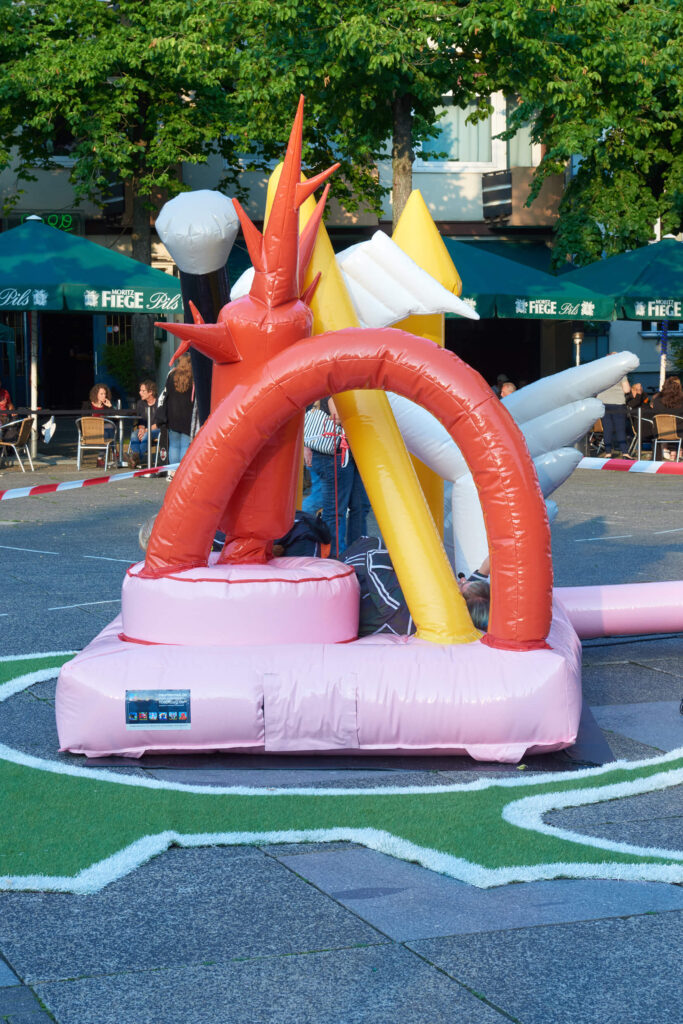 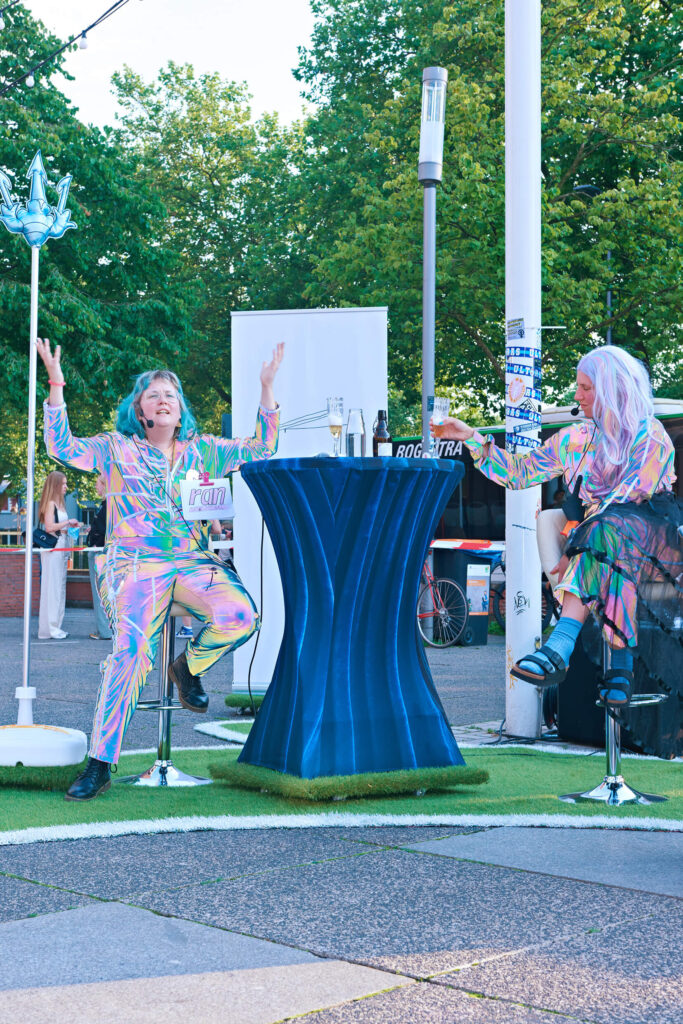 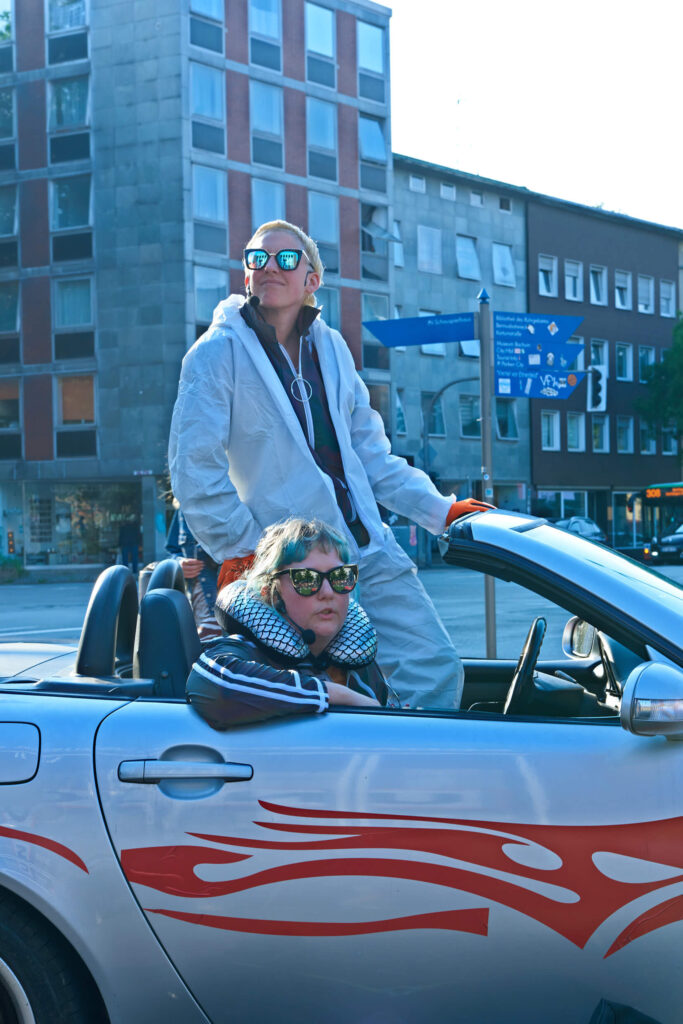 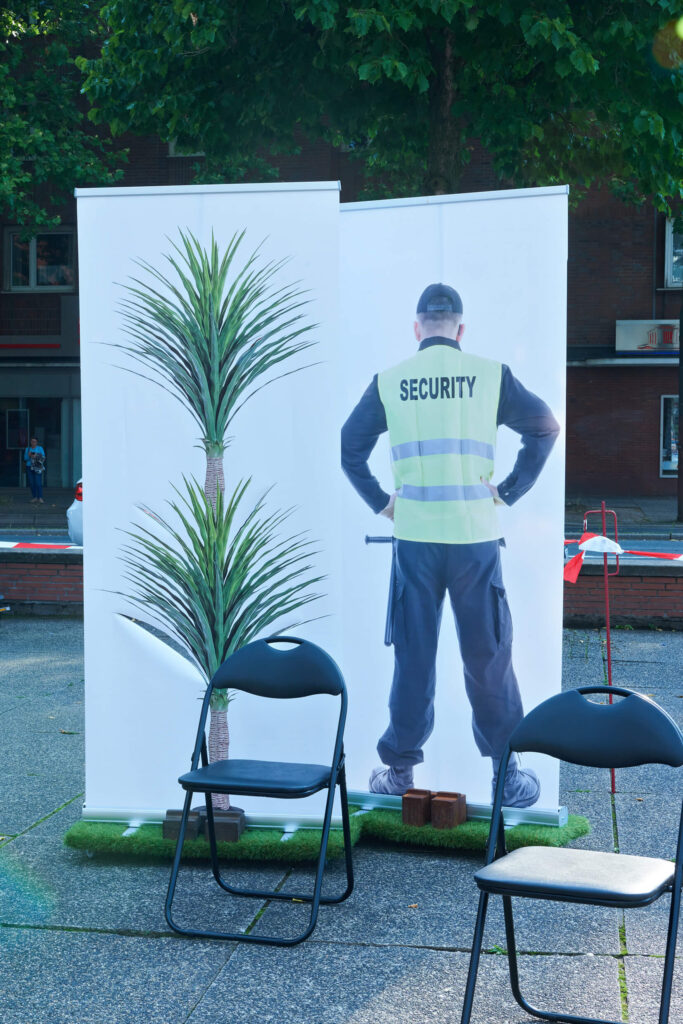 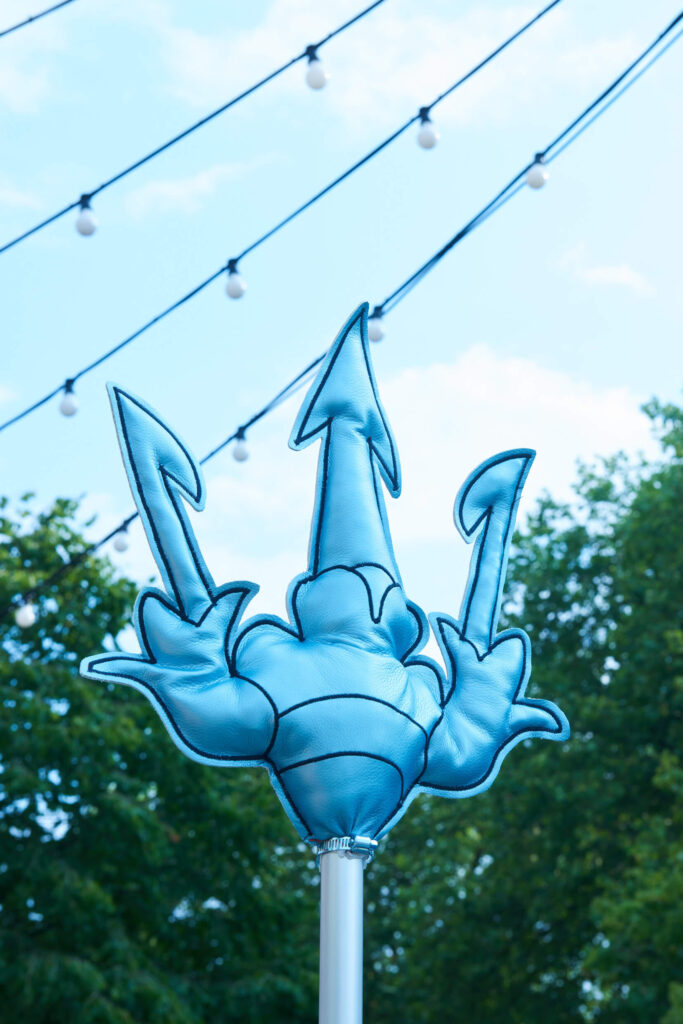 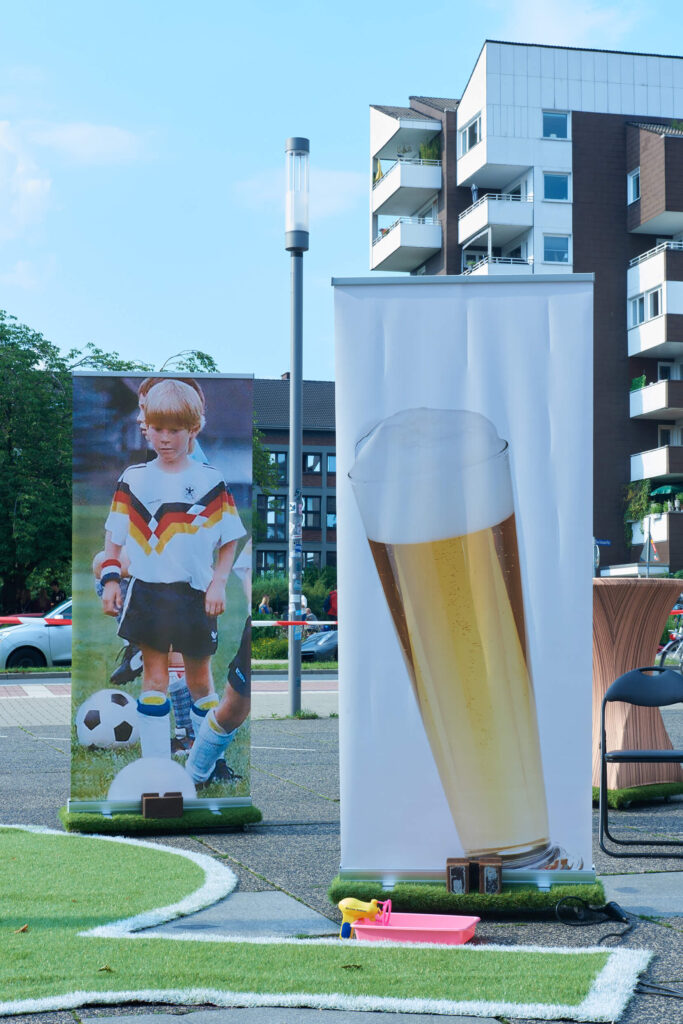